A couple of things happened in short order that reminded us it is time to make our endorsements of local candidates, propositions and measures. One, was the endorsement of Tracy Worley-Hagen, Chuck Puckett and John Nielsen for Tustin City Council by the Orange County Register. The second item was notice we received that absentee ballots have been mailed by the Registrar of Voters. Since those folks tend to vote as soon as they get their ballot, or not at all, we just wanted to be able to throw in our two cents.

As we have said in the past, we will leave recommendations for Federal and most State races to others. Chances are, you wouldn’t like my picks anyway (remember, Libertarian..). We have plenty to say about the local races and, as we go over them in the next week or so, we will put them on a new “Endorsements” page you can use as the handy-dandy OTT voters guide.

Tracy Worley-Hagen – We agree with the OC Register that Tracy is, by far, the most experienced candidate fielded for city council. She was mayor for 4 of the 12 years on the council. She was instrumental in obtaining the Tustin Marine Corps Air Station base at a no cost transfer to the city, making this one of the last bases to be transferred that way. As a councilmember, she sat on the boards of the Orange County Fire Authority, the Sanitation District and the Transportation Corridor Authority. “When I saw that one of our councilmembers chose not to run again, I felt my experience was needed during this critical time in our city.”

One of the most pressing issues to her is to mend fences with the school district and bring the lawsuits to and end. “They’ve cost the taxpayers over $2 million in legal fees.” She accurately pointed out the lawsuits have become a personality clash with the losers being the Tustin Taxpayer. Tracy has been active in the schools and the community and has kept watch at city hall, where she says the council acrimony against the public and each other has to stop. Tracy says she understands the true nature of the current fiscal status of the city, and that she will work to restoring the city to good fiscal health. She says that every line item in the budget needs to be looked at for trimming and she is willing to take a hard look at everything including further pension reform.

Chuck Puckett– Chuck loves Tustin and we like Chuck. I first met him at a fundraiser for Worley-Waldram. He is an approachable guy who, incidentally, also has prior experience on the city council.

Puckett’s chief concerns are maintaining Tustin’s great public safety record and making Tustin more business-friendly. He is a member of the Tustin Chamber of Commerce and would like to see another abatement of the business license and building permit fees which he sees as a great enticement for businesses looking for a home.

No one seemed to be asking Puckett directly, what he would do to end the taxpayer abuse with the lawsuits between the city and the school district. We did, and his response was encouraging. He believes the lawsuits have gone on too long and cost the taxpayers too much money. If elected, he says he would do everything possible to encourage both sides to sit down and reach a settlement before trial. In our minds, it doesn’t get any better than that.

Chuck has been extremely active in community politics and civic affairs almost since he moved here. He is a co-founder and past president of the Tustin Community Foundation and recently resigned from a stint on the Tustin Planning Commission to run for city council. Along with his four years on the council, one as mayor, Puckett has also spent over 12 years on the Tustin Planning Commission. He makes sure to be seen at community events, such as the Tustin Tiller Days and the Chili Cookoff. He has been named “Tustin Man of the Year”. And, he shows up for meetings of the city council and planning commission to stay on top of the local politics. A highly approachable candidate, it remains to be seen what he would do about the foul atmosphere in city council chambers but we could hope his affablitly would spread across the dais.

If we have concerns about Chuck, it is that he has aligned himself with “Team Tustin” a nickname we heard Puckett, John Nielsen and Allan Bernstein have given themselves. Nielsen, has done nothing to squelch the harsh words that frequently cross the dais and, in some cases, has even taken part. And, while he has occasionally opposed Jerry Amante on issues, he has fully endorsed the current dysfunctional state between the city and the school district.

David Waldram – David would be the freshman councilman on the dais. He is a lifelong Tustin resident and has chosen to raise his family here. I am corrected in a previous article I wrote as David says he is a full-time teacher and runs the video production on the side. Waldram previously ran for city council in 2010 and was beaten by Beckie Gomez in a close race where the last 100 votes counted. A gracious loser, he did not ask for a recount and instead decided to wait for another day. Although he has not sat on any commissions or committees for the city, he is involved in community affairs with The Boy Scouts and through his church.

Waldram’s focus is on public safety and the school district lawsuits where he told me the personality clashes have to stop. He is appalled with the behavior of the sitting council toward the public and each other. Waldram believes that political discourse can take place in a polite climate that takes in every citizen’s view.

John Nielsen, who the Register did endorse, is our current mayor and is up for re-election. There are a lot of things to like about John and a lot not to like. As we mentioned, Nielsen has done little to repair the divisiveness on the dais and has sometimes taken part in bashing other councilmembers. He has also done nothing to stop the lawsuit abuse on the city’s side. He has a real problem following Robert’s Rules of Order. However, he does approach most issues that come before the council in a deliberative, thoughtful manner. We just wish he was a bit more of an independent thinker that would tell the noise machine to his right to sit down and shut up once in awhile.

And, as we have said before, we are still waiting to hear what anyone has to say about Dr. Allan Bernstein. Although we note he was mentioned in the Register endorsements and Waldram was not, they don’t seem to say much about him either. Having no community or civic experience we can see, other than an unverified claim that he was involved with the Boy Scouts. He is the only candidate who still does not have a website up and running. At a recent Tustin Republican women’s forum, he said that he would work to implement term limits on the TUSD which shows us how he feels about the lawsuits and makes us wonder if he knows which race he is running in.

So, here are our picks. If our opinion means anything to you (and  even if it doesn’t), we endorse Tracy Worley-Hagen, David Waldram and Chuck Puckett for the Tustin City Council. Whether you agree with us or not, we hope you will get out and vote on election day. If you are an absentee voter and would like to hear about the local measures and bonds coming before the voters, you may want to wait before filling out your ballot and sending it in.

We are heading to the Extraterrestrial Highway for our annual run to the Little Al’ e Inn. Depending on the interference from the UFO’s you may or may not hear from us for a few days.

Posted in elections, In the News, Local Government, politics 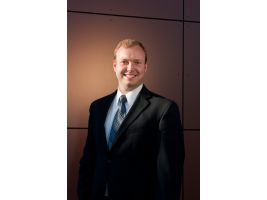 Yup, we are still in Northern California, where at least one commenter would prefer we stay. We’ll be back next week. In the meantime, enjoy-jg

We recently received a forwarded email from David Waldram. As you may know, David previously ran a strong but unsuccessful campaign for Tustin City Council, barely being edged out by Beckie Gomez. He is running again in 2012 and has declared his candidacy on his website and in this email:

During the last campaign for City Council, I was so appreciative of the support and endorsement of many of you.  Since then, Kendra and I have had many wonderful life changing moments including the birth of our daughter and purchasing our first home here in Tustin.  Having been born in Orange County and raised in Tustin, I am blessed to now be raising my own daughter in my hometown.  We are facing a momentous election season.  We will be voting not only on whom should be our President, but ultimately which course our country should take to best strengthen our economy and remain the moral compass of the free world.  In our own hometown we have a similar choice ahead of us.

With the many challenges facing America, believing in your hometown is needed now more ever.  After much prayer and consideration, I have decided that I should run for City Council in this upcoming election.  I believe in Tustin just as I believe in the greatness of America.  Giving back to both is why I am running for office.

Waldram also has a website with much the same message on the home page.  This website is a retread apparently and there are no links on the home page to other pages. However, if you want to see the rest of his site, go here. On the website, he has a link that will take you to a questionnaire that allows the user to enter the issues he or she thinks is most important to them regarding the city.

Waldram claims he will be fiscally responsible and points out the fiscal irresponsibility of the current council with such facts that the city council has been running a deficit budget for the past two years (but we already knew that). He also points out the unnecessary increases to water rates.

One thing we especially liked seeing on his website is, “Rudeness towards citizens and each other [is] unacceptable at City Council meetings. I will show respect to all & listen to all views.”

That would be a refreshing change.

Next week, filing begins for the Tustin City Council race. It is interesting to see that we have two declared candidates and one who has all but declared already in the running. Get your wallets out. Although city races don’t usually require a lot of money,  I suspect the one who reaps the most in political contributions will have a distinct edge.

One question remains. Will Deborah Gavello run again? In a recent interview with her, she said that she had not decided. She feels strongly that, with the right mix of people on the city council and a toning down of the rhetoric that has become too common lately, she could continue to be an effective voice for city residents. One thing for sure, she has at least $17,000 in her campaign account as of the first of the year. We understand she has been busy garnering new contributions and that number could be quite a bit higher during the next reporting cycle. That is huge jumpstart in a race where even a few dollars can make a difference.