A Pause for Reflection 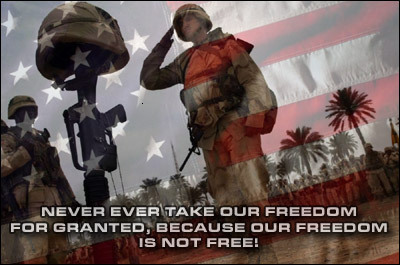 There is a lot going on around us with the closing of the elections on Tuesday and the dirty politics that have encumbered the folks here in Our Town Tustin. I know that Veterans Day is still a few days off but I received an email from a fellow veteran about a recent homecoming of an Orange County hero. I thought I would take some time off from politics to remind everyone what our country is all about.

I ride motorcycles with a diverse group of veterans known as the American Legion Riders. I am a charter member of the state and chapter here in Orange County. Many of our members are Patriot Guard Riders as well. Together, we do our best to honor our returning heroes, both dead and alive. We recently received notice of that Sgt. Thomas MacPherson, Unite States Army, would be returning home to his family.

From the Patriot Guard Rider Notice:

SGT MacPherson was assigned to Company D, 2nd Battalion, 75th Ranger Regiment, at Joint Base Lewis-McChord, Washington. On 12 OCT 12, SGT MacPherson while serving his 4th Afghanistan deployment, was killed during a heavy close quarters firefight with the enemy while conducting combat operations in Ghazni Province, Afghanistan.  He had also served 1 deployment in Iraq.  SGT MacPherson has received the Bronze Star, Meritorious Service Medal and the Purple Heart.

Thomas grew up in Long Beach, CA and graduated from Los Alamitos High School in 2004.  In 2007, Thomas married, Claudia, the girl he met at his high school prom. Thomas is survived by his wife, Claudia; 17 month old son, Brayden; and his mother and father; Troy and Diona MacPherson.

Sgt. MacPherson returned to his family and to hundreds of grateful Americans who met his aircraft at the Joint Forces Training Base in Los Alamitos on Thursday. The entire community of Los Alamitos turned out to pay homage to this man who paid the ultimate price for freedom. One of those was PGR member Paul who said:

I wish to extend my sincere thank you to all the Patriot Guard Riders (PGR) that attended all or part of SGT Thomas MacPherson’s mission.
Part 1 was extraordinary in having 170 bikes and 10 cages, 70 LASD cars, 40 LASD motorcycles, family and friends.
Riding along the route seeing all the people that came out to honor this hero was very meaningful, but as we rode by the McAuliffe Middle School and Los Alamitos High School it was extraordinary. The kids were quietly standing with hands over their hearts and holding flags. At the high school the student body was lined on both sides of Cerritos Ave. As we approached Eastbound the kids on the South side of the street quickly, quietly and orderly moved to the middle of the street to be closer to pay respect to the family. I was overwhelmed with emotion, but I know I was not the only one.
A Cypress Police Department Captain and two Lieutenants were monitoring the procession and commented on PGR’s orderly, organized and professional conduct. They were truly impressed.
Part 2 was equally rewarding.
At 0900 hrs, Joker, Nacho and myself attended a private function with the family to present the PGR mementos’. There were other presenters, including the Mayor of Long Beach, California Highway Patrol Commander and an Army General.
Our presentation consisted of Joker presenting SGT MacPherson’s 17 month old son, Brayden with a Build-a-Bear provided by Cookie. Joker’s commentary to Brayden and his mom, Claudia was inspirational, bringing Claudia and SST MacPherson’s mom, Diona to tears, as was Joker. I presented Claudia the family tags, again when they saw SST MacPherson’s picture etched on the dog tag, Claudia and Diona were overwhelmed. Next Nacho presented Brayden the Linus blanket from PGR Steve McRoberts. PGR John Block made another beautiful plaque which I presented to Claudia. As I started to hand it to her, she asked if we signed it. I displayed the signatures on the back of the plaque and again Claudia and Diona could not hold back the tears. Lastly, I presented two Capital Flags from Congressmanan Elton Gallegly flown over the Capital on 22 OCT 12 in honor SGT MacPherson. The three of us rendered a hand salute on behalf of the Patriot Guard Riders.
Our mission briefing was made special by the attendance of one of our “Wounded Warriors” Dusty, his first mission. Another special moment was when Pauline Grimshaw, SGT MACPherson’s teacher at Los Alamitos High School (and Gold Star Mother of SSG Jeremy Grimshaw, USA, KIA, 2011) telling us at today’s Part 2 mission, that her students carried back to the classroom what they had just experienced when our motorcade rode by their school the day before. She saw many students placing their flags on the school’s “Wall of Remembrance,” in appreciation for those serving, served and those who gave all.
I need to express my appreciation for all of us working together in overcoming all the changes in Part 2’s mission. There were so many, it was kind of funny. Your total cooperation made it a success.
The two flag lines at the grave site were especially meaningful for the family as they arrived. The Ranger platoon in attendance was amazed and very thankful for our participation.
The Rangers that came from Arizona were literally taken back by our show of support, and as one of them put it, “I’ve never seen anything like this, thank you for all you do.”
We DO make a difference.
Please, give yourselves a big “pat on the back” and say, “Mission Accomplished!”

While we argue away our political beliefs and fight for our candidates, let’s not forget the men and women who have, sometime with their lives, made it possible for us to live in THE most free country in the world. Long may our Flag wave.