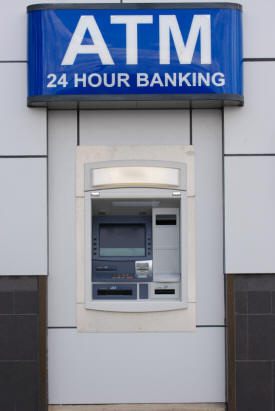 I had heard about the outreach meetings being held to discuss the possibility of putting another bond issue to the voters. My immediate reaction was to say, “no.” And, that is what I wrote in a recent article, saying the school district -like other government entities- needed to learn to live within their means. But, when you get a headstrong bunch of teachers together, they tend to get an idea into their head and stick with it. So, it was no surprise that, after the article came out, I was contacted by school board members and even the school district’s IT guy, Alex Rojas.

I reiterated the case I stated in the article and told Rojas that I thought the taxpaying public was getting tired of the school district, water district, cities and what have you, all coming to them as if they were an ATM machine. Even though the amount of the bonds is relatively low at $135 million dollars, the taxpayer would eventually revolt and this may be that time.

My concern also stemmed from the fact that Measures G and L were supposed to put technology into the classrooms. The infrastructure was supposed to be there. If that was the case, why did the school district need to come back to the trough with their hand out once again? Would this pay for iPads and apps? Would every student have an iPad issued to them?

Now, Alex is a good salesman. He explained the difference in what Measures G and L did and what the new bond measure would do. In essence, this was the finishing touch that would open the technology doors to the students and faculty, bringing our schools up to state standards in regard to technology. He explained that online testing would become the norm, mandated by the state. Yet, the state had no funding for such programs (this sounds familiar). He also said, ” In addition, our parents expect us to provide their children access to the technology needed for career or college readiness and we need an infrastructure/network that can support new technology.  A bond is the only vehicle we have to make investments in our students needs especially given Sacramento’s decision to cut our funding.”

Really? What about cutting back in other areas to provide funding on a lower scale? That did not elicit an answer, other than what I had already received.

So, I went back to the ATM issue. The state can’t fund technology. The school district doesn’t have any hidden funds that they want us to know about, anyway. What made him think the taxpayer was going to be conducive to another tax? Lower costs, for one thing. the cost of the bonds would be less than 2% at issue rate. That makes the bonds nearly even in borrowing. But the bonds would be issued over an incredible 35 years. That doesn’t make this more palatable, it makes it less as the bond debt service will be an extended period. Raise your hand if you think this is the school district’s last bond issue  for the next 30 years or so. I didn’t think so.

The presentation and the arguments for the bond measure are compelling. As a parent, I even agree with much of it. But, I have to wonder if the school district has really exhausted their resources to help provide for at least some of this. And, at what point will the taxpayers just say no? It seems that, every time the school needs something, the first thing they look toward is bonds. If we did not already have two unpaid for bonds out, this would be a little easier to stomach.

One thing the school district has going for it is the fact that it is not just taxpayers, homeowners, who will be voting. Everyone, homeowner, renter and freeloader gets a say in spending homeowner cash when it comes to bond measures, even though they may not have a stake in the game. Perhaps that’s why it is easier to get school bonds passed. No one thinks about who is paying or what the cost truly is.

The school district has a podcast up on the technology presentation. It is a good one. If you are going to spend your money on a bond issue, then take the time to watch so you know what they plan to do with your money. And, it is your money.

In a comment on a previous post I mentioned that this is not just about TUSD. In 2011, there were 10 school bond measures floated in California with 7 of them passing. On the June 5th ballot this year, there were 34 school bond measures with 23 of them passing muster. Total bond money brought in? $1.8 billion dollars. Cost to taxpayers? Priceless!

I haven’t checked to see how many bond issues are on the ballot for California in November. San Diego has placed a whopping $2.8 billion school bond on the ballot, however, making ours look like chump change. So, this could be a very expensive year for property owners. 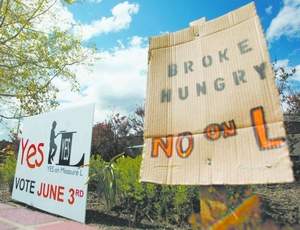 Courtesy of the Sierra Sun

I am not big on bonds to pay for much of anything in government. It is, basically, borrowing on the taxpayer credit card. Proponents of bond measures like to point out the urgent need for whatever it is the bonds will pay for. What they often fail to say is that it adds to the overall debt of the issuing agency and obligates the taxpayer to pay those bonds with interest that is, too often, more than the agency should be taking on.

In this particular case, I received an email from School Board member, Lynn Davis, regarding proposed bond measures that Tustin Unified School District is contemplating. The email is an invitation to a one hour informational briefing by TUSD Superintendent, Greg Franklin, outlining proposals being considered by the TUSD Board to place a technology bond on the ballot this November.

We need to be prepared to provide the equipment, facilities and technology needed to teach these skills, as well as providing 21st century educational technology in all classrooms.  We can’t count on the State of California to fund these needed improvements in Tustin schools. Locally-controlled funding is the only certain source of resources to protect and provide the top-quality education our students deserve.

You are invited to join us for a one-hour informational briefing by TUSD Superintendent Greg Franklin outlining proposals being considered by the TUSD Board of Education to place a technology bond on the ballot this November.  All money raised by this measure will stay in the district to support our students.  It cannot be taken away by the state, or used for other purposes.  An independent Citizen’s Oversight Committee will assure accountability for all spending, including annual independent audits.

Well, just the title, SAVE THE DATE – TECHNOLOGY FOR TUSD, is pretty catchy. And, I am sure it will generate a fair amount of interest, although I am not sure how that will equate to attendance. Most people are getting tired of bond measures and are finally getting the idea that bonds are not free money. In fact, they are quite costly in the long run. The one thing this proposal has over others is that it is for the schools. That tugs at the heart of every parent of a public school child and can equate to a huge amount of support. It’s also why we should be very wary.

The school district, like any other government entity, is scraping for cash to keep the system going. Bonds can’t be used to pay salaries but they do pay for construction which frees up other money for teachers and administrators. But, do they really need to saddle taxpayers with more debt through bonds that will probably not do what they are designed to do? Oh, and as a reminder, voters approved Measure G & L in 2008 by almost 60%, phenomenal for a bond measure. But, that was in 2008 before the public realized there was a real financial meltdown that would eventually bring the United States to its knees. Although we are recovering well, compared to the rest of the world, that isn’t because anyone is willing to go into debt…well, except maybe Jerry Brown and the State of California – but, that’s another post.

In any case, Measure L was a general obligation bond that was supposed to be used, in part, to increase the technology of the TUSD campuses. Reading the 2010 auditor’s report, it looks as if the school district has been a good steward of the money it has received. However, the interest rates for the various instruments issued range from  3% to a whopping 6.589%. This was for 95 million dollars in bonds. I will let you do the math on the amortized amount but, suffice it to say, you are saddling your children with enormous debt.

Questions that I hope will be asked, is how much of this money will go to increasing technology rather than just more construction? How much will go into improving classroom technology? How much will be directly spent on our children as opposed to new building construction?  As a reminder, Measure L was supposed to pay for technology as well as construction (yeah,yeah, I know – the science and technology building at Foothill). If sufficient controls are not put into place (besides a Citizens Oversight Committee that includes the City Treasurer, Geroge Jeffries who in all likelihood is reporting to Jerry Amante on the doings of TUSD), how will the taxpayers know they got what they will be paying for (for a long time)?

Apparently, the school district is just in the “contemplation” stage of the bond game. In a time when austerity should be the word, it is a bit disconcerting that anyone, let alone a school district, would 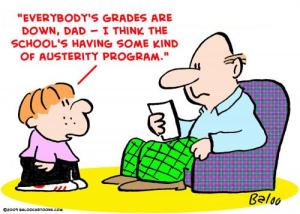 think of floating more debt in hopes that the magic financial fairy will make it all go away. These are your taxpayer dollars they hope to put to work. It will be up to us to decide if the benefit outweighs the cost.