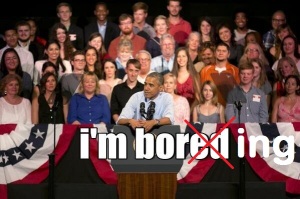 It seems our lives have been taken over by elections. It is a rare season when there is not an election going on somewhere in the county. So, of course, before we even have a chance to recover from our New Years hangovers, the first election of the year has been set. Fortunately, we will not have to endure the throes of candidate campaigns (and their gaudy yard signs) in our town Tustin.

However, as odd as it may seem, Our Town Tustin dot com has readers all over the county (and country, as it turns 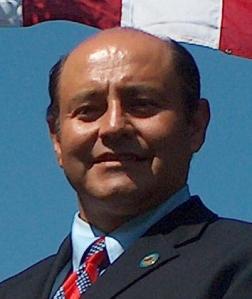 out). Supervisor votes are also a matter of countywide concern regardless of the district of origin and the vast majority of the decisions they make affect all of us. With that in mind, we endorse Lou Correa for the post of 1st District County Supervisor. Lou has a proven track record in both the county and Sacramento during his most recent stint as Senator. He is a Democrat with a willingness to cross the aisle when necessary to effect resolution to issues that affect all of us.

The press release from Lou’s campaign center says it all:

It’s been an honor to work for you as your State Senator. Now, I respectfully ask for your support as your County Supervisor.
In the Legislature, my priorities have been jobs, public safety and public education. My work has earned me endorsements from respected leaders and organizations, including:
I helped cut taxes on small businesses and stopped unnecessary regulations. As a result of my work, I’ve been honored by the Orange County Taxpayers Association and named the California Small Business Association “Legislator of the Year.”
I’ve made our schools better and sager. I brought more education money and local control back to Orange County. I also co-wrote the new law to protect our children from heinous crimes. That’s why the California School Boards Association made me their “Legislator of the Year”.
It’s been an honor to represent you during these difficult economic times. Now, I’d like to bring my understanding of our communities to work for you as County Supervisor.
No one will work harder. I respectfully ask for your vote.

This will be a low turnout election due to its off-off-year status. Not many people are inclined to even fill out the absentee ballot because they don’t percieve this as an “important” election. Nothing could be further from the truth. The county board of supervisors regulate our everyday lives. They have a direct effect, even more so than the feds, on our lives. And, in a time when so many of the actions of the BoS are coming into question, it is even more important to have supervisors you can trust to do the right thing.

So, here’s the advice of OTT – call your friends who live in Santa Ana, Westminster, Garden Grove and tell them to get out and vote.

Posted on January 7, 2015, in County Government, elections, In the News, Orange County Board of Supervisors, politics and tagged elections 2015, lou correa, senate. Bookmark the permalink. 1 Comment.