No Protests But Plenty of Voices 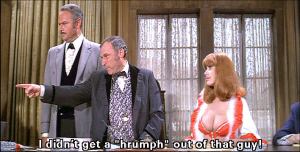 I hope everyone enjoyed the Chili Cookoff on the 1st. With no Planning Commission meeting scheduled this week, I had plenty of time to look over the Tustin City Council meeting from  the week before.

First up were several speakers, including Marie Sales, who continue to complain to the city council about police brutality and how nothing has changed. Sales made unsubstantiated complaints of harassment of her family and harassment at the chili cookoff (I never saw them) and demanding that policies and procedures be changed.

The most eloquent speaker was tattoed young lady whose name I didn’t get. I only mention the tattoos as it was a pointed and impressive reference to profiling. This young lady was the first to request that the names of the police officers involved in the incident be released. She reminded the city council of the supreme court ruling that now prevents government from withholding the names of law enforcement involved in shootings under the guise of “investigation”. As with most of the other speakers on the subject, she alleged police harassment of minorities in our community.

To hear these speakers, it sounds like the city is turning a deaf ear to the minority community and, particularly, the family of Robert Villa who was killed in a police shooting on February 10th. But, in speaking with Tustin Chief of Police Charles Cellano last week, the city has reached out to the family on multiple occasions in an effort to start a dialogue. In fact, Chief Cellano offered to have a meeting with the family and other interested parties. To date, he says, they have not answered. Why?

Perhaps it is easier to come to a city council meeting and demand names and policy change “right now” rather than to hold a discussion that, in the long run, could effect substantial change for the better of the community. So the real question is one of intent – are the protesters interested in justice or are they interested in getting their name in the newspaper? It may be better to stop being influenced by outsiders, who come to Tustin to grab a headline, and start a real dialogue with city officials. Perhaps then Mrs Villa can get that closure she is looking for.

For the first time in awhile, the Consent Calendar was voted on in its entirety without comment on any particular subject.

That allowed the meeting, which was already proceeding into its second hour, to move to the Public Hearing on the downtown consultant agreement. Phil Cox, owner of Cox Market Plaza and kin to Columbus Tustin (he made sure we all knew that), was first to speak. Besides having a business interest in downtown, Phil is probably one of the biggest preservationists of Old Town. He is also one heck of a speaker.

The topic tonight? Ficus trees and their damage to the sidewalks of Old Town. Phil gave a detailed discussion on the damage the trees are doing to the sidewalks and other infrastructure of the city. Although he had to cut his presentation short, he was able to show the unseen damage the roots are doing to the city sewer system.  The gist of Phil’s presentation was that the ficus trees should be replaced with environmentally sound trees that will not damage what we currently have in Old Town. Notwithstanding Mayor Murray’s trying to run him off, Cox made his point.

There was a question from Councilmember Gomez as to why the extra funds were needed. Community Development Director Elizabeth Binsack said, essentially, the CDBG funds were only part of the funding for the consultant (if I heard right, it was $500k total). The funds were being requested now because it was unclear if funds would be available next year as well.

Councilman Nielsen asked for clarification of the boundaries of the study. Binsack stated the boundaries were that of Old Town itself but could include “interface areas” suggested by the consultant as well. The motion passed unanimously so, hopefully, we will get that study this year. As Mayor Murray pointed out, there is a “synergy” in Old Town with new buildings about to be occupied and even newer ones (hopefully) going up.

The repeal of the sex offender ordinances garnered a bit of commentary. It was clear that no one was happy about the repeal of the ordinance that was caused by the Godinez court decision. That appellate decision invalidated a number of city and county ordinances in Orange County.

Mayor Al Murray, a former police captain was clear that he felt the city ordinance was necessary protection for the community, Councilman John Nielsen, who voted in favor of the original ordinance 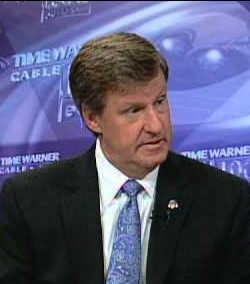 voiced an even stronger opinion. Saying he made no apologies in enacting the ordinances, Nielsen felt they were necessary in going further than state law to protect the community. As a matter of principle, he said he would vote no on repealing the ordinance.

While Murray and Nielsen both stated their opinion by voting against the repeal, I hope they will follow up with action. If the city feels this strongly that state law is inadequate, action should be initiated through one of the many lobbying organizations the city belongs to, to sponsor effective state legislation that would do the job. The advantage, as I have written before, would be to enact consistent law that can be effectively enforced by law enforcement at all levels of government.

John was on a roll as the city council moved on to the last item on the agenda, Consideration of Support for AB1453 – Veterans Cemetery and Prop 13. Nielsen stated he felt a resolution was necessary due to all the rumblings going on at the Capitol over changing Prop 13. He felt that the bent of the legislature made it mandatory to use the strongest language possible to “protect the citizens” in keeping Prop 13 intact. Councilmember Beckie Gomez said she failed to see a serious attack on Prop 13 and was ambivalent to either a resolution or a letter of support.

While Nielsen may have stated altruistic motives for his pro-vote, his real concern is what the legislature has lately discussed. Knowing the strong opposition from California voters over a complete overturn of Prop 13, discussion has centered around splitting the tax rolls and effectively eliminating Prop 13 for businesses. Nielsen, who has consistently demonstrated his love of business (particularly political contributors) over the citizens of the community, finds a win-win in championing a supporting resolution from the city.

It’s sad that AB1453, which would authorize a state veterans cemetery in the county, didn’t receive the same level of support. But then, none of our sitting council has ever served their country in the military so the idea of a veterans cemetery is probably lost on them. Oh, and the bill is authored by a democrat.  At least we got a letter of support.

Enjoy your week. The Tustin Police Department is sponsoring a couple of upcoming events including the annual Police Open House this Saturday in front of city hall. There will be demonstrations and tours of the police building. You may also get a chance to meet our new Chief of Police, Charles Cellano. Unfortunately, don’t be surprised if a few protesters show up.