We Are Not A House Of Prostitution 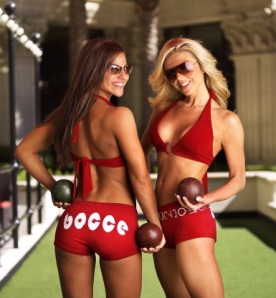 It looks like this week’s meeting of the Tustin Planning Commission has been cancelled. So, let’s talk about what happened at last week’s Tustin City Council meeting. It was fairly short, at just over an hour, and half of it was taken up by the public hearing on an appeal for a massage parlor license.

As you probably recall, the Planning Commission tackled this issue a few weeks ago and denied a license for a “day spa” at a location where the cops had previously busted the business owners for prostitution. Day spa, by the way, seems to be the euphemism for massage parlor. It’s unfortunate because legitimate spas have a hard time overcoming the stigma attached to this.

The City Council heard the appeal and I was surprised at, not only the number of people that spoke in favor of this appeal, but also who spoke. Prior to discussion by the public was a presentation by city staff on the prostitution bust last year of the previous business as well as testimony by one of the Tustin PD officers who investigated the massage parlor in a sting operation. It was so cool when the cameras were diverted so the undercover officer couldn’t be identified. I would have opted for altering his voice as well just in case he ever works on phone sex stings.

Surprisingly, one of the first to speak in favor of the appellant was the owner of the building where the massage parlor planned to do business. Mary Ann Miller and her husband both attended the meeting to decry the way the city was treating the applicant. Miller made sure everyone knew her husband is not only a businessman in Tustin but also a former city councilman who “sat in those seats up there”. She also made sure to mention how she has also been involved in the community they live in. In her own words, she stated she and her husband are fine, upstanding citizens of Tustin.

Miller went on to say that her building has had a spa tenant for the past ten years and never had a problem….at least that she heard about. She said she would check the landscaping and other maintenance issues but, apparently, it wasn’t until recently that she went to enter the building using her key and found the locks changed. Huh. She stated that she never once heard anything about “the prostitution issue”.

Miller stated she was confronted by the building owner from next door who she claimed to know well (except the person didn’t know her) and was asked if she was the madame of the massage parlor. “I didn’t even know what she was talking about”, claimed Miller. She went on to lament how her and her husband were being found guilty without a trial and they knew nothing about the prostitution.

According to Miller, the city is holding that against them as they attempt to rent the building out to the new spa business. Complaining that their livelihood is at stake, saying that she interviewed the new prospective tenants, she has found them to be of good character and decided they wouldn’t be involved in prostitution like the former tenants.

Too bad she didn’t read my blog or she might have seen how the new tenants of good character are tied directly to the old, disreputable tenants.

It’s interesting our state legislators are about to wrestle with this problem – again.

According to Capitol Alert, cops and cities are hoping the legislators will work out the kinks in massage parlor regulation that is scheduled to sunset soon. A sunset oversight committee of the business and professions committees will review the upcoming debate over the California Massage Therapy Council that was created to assist in regulating the industry. Unless action is taken, the Council will discontinue and massage licensing will revert entirely to local control.

Since it was created, the CMTC has certified and licensed massage practitioners and given general oversight to the industry. The idea was to eliminate the “bad” elements and legitimize the practice. By and large, the industry backed the CMTC hoping for some continuity in regulation that, up to then, had been mostly ineffective

The new regulations and licensing established by the CMTC do not seem to have worked as advertised and now, many in the industry as well as the League of California Cities is asking legislators to restore some local control. That’s because businesses that utilize massage therapists certified by CMTC are not subject to the same scrutiny as those who don’t. So, all a massage business has to do is to hire “legitimate” therapists or have their own certified and then have them do what they want them to.

Unfortunately, that doesn’t solve the problem in an industry driven by sex slavery or who employ those who are forced into prostitution for financial need. These are the stark realities that the legislature has, so far, chosen to mostly ignore.

So, forgive me if I have little concern for the Millers financial plight.

Others, mostly on the Miller’s side, spoke in favor of the appellant even though it was clear there was a tie with the previous owners who had been busted for prostitution. And, while I heard everyone saying give her a chance, what I really heard was the jingle of coin in the background, telling me the real reason for supporting a shady business such as this.

Now, the real kicker was when the spokesperson for the appellant stood up at Councilperson Gomez’ invitation and lamented how the poor appellant (who did not speak because she doesn’t speak English very well) was the victim of the previous owner who told her everything was fine. It cost her $80 thousand to find out it wasn’t fine. So, by their way of thinking, Tustin should approve the license. Hey, I know Tustin is reported to be a business friendly town but…..

It took the City Council all of three minutes to deny the appeal and uphold the denial. It would have gone faster but John Nielsen had to take a page from the Jerry Amante playbook and do a little grandstanding about a subject he obviously knew nothing about.

In other business, the city council discussed the lease for the new fire station 37 which will take the place of the old fire station on Service Road. Questions regarding response time from the new station to the old areas traditionally served were answered and everyone was reassured that they would continue to receive great service from our fire department. Interestingly, Councilman Nielsen asked that the item be pulled from the Consent Calendar for discussion and then recused himself. We had previously opined that he had just bought or rented a place on the base, pending his divorce. Hopefully, he won’t keep us in suspense much longer.

The only other noteworthy item (in our opinion) on the calendar was to approve the construction of the Bocce Ball courts at Peppertree Park. It will cost almost $117 thousand but the smiles on our seniors faces as they roll those colored balls will be priceless.