Could The Tustin City Council Learn Something From Santa Ana? 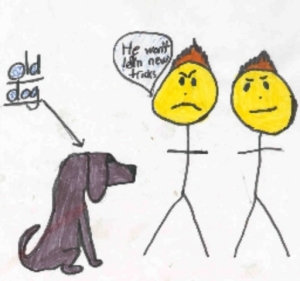 The Voice of OC ran an article today on a meeting held in Santa Ana over the weekend. The meeting was a first for Santa Ana officials and residents who numbered over 200. The meeting, held at the local senior center, allowed residents to discuss and give input on a variety of topics ranging from public safety to job training for young people.

The meeting was apparently a result of the new sunshine ordinance enacted last year by the Santa Ana City Council. At the time the ordinance which, among other things required adequate notice of meetings and community input during early phases of development projects, was called a “red-tape” proposal by Mayor Miguel Pulido. Opposed to any form of open-access government, Pulido said the ordinance would hinder development.

On the other hand, Councilman Vince Sarmiento said the law should have been in place years ago and could have prevented the “park poor” image Santa Ana now has.

We first wrote about the Santa Ana ordinance in September of last year, seeing the law as a big step toward making amends to a citizenry the city council had largely ignored. At the time, we wrote the biggest reason for having an ordinance of this type:

If you have to ask why an ordinance like this is needed, it was summed up when Councilmember Carlos Bustamante asked SACReD organizer Ana Urzua what she would gain by knowing who the councilman is meeting with, she replied, “So we know we cant trust you.”

At nearly the same time as the Santa Ana proposal came before their council, then councilwoman Deborah Gavello asked that a sunshine ordinance be agendized for discussion at the Tustin City Council meeting. John Nielsen, a Jerry Amante protege’, nixed the idea, saying the city was already working on a strategic plan that included an ethics component. That plan, however, did not mention anything about an anti-lobbying piece that Gavello felt key to the issue.

It was pretty obvious the idea of bringing sunshine into the city of Tustin was not going to go far, particularly considering the acrimony between Gavello and the rest of the council. Unfortunately, the city’s Strategic Plan, when it was unveiled, had obviously been worked over by the city staff, who did not appreciate the findings of Management Partners. The authors of the plan found a lot to be concerned with in the ethics department and said so publicly.

There was a lot of hoopla and backslapping by the city council when the strategic plan was finally approved. But, there has been no update since the plan was implemented and we are kind of wondering if the whole idea has been cast to the sidelines.

At the time Gavello introduced the idea publicly, that our city might be working more in shadow than in sunlight, we agreed with other community leaders that an ordinance was in order. Now, as our neighbor to the West, Santa Ana, has come to terms with their own ordinance, they are seeing the benefits to allowing the public freer access to city government.

It was all part of a process that is new to Santa Ana: a strategic plan.

Santa Ana has elected to take the ideas of their residents, rather than only developers business owners as Tustin has done, to shape the future of their city. And, while their sunshine ordinance leaves a lot to be desired, it is obvious that city leaders are not doing just the minimum to comply with the law. Rather, they are taking the matter into their own hands and letting sunshine flow where the shadows of government used to lurk.