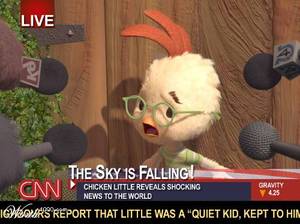 Not much has been happening lately in our town Tustin. The hallowed halls of the city were originally scheduled to be dark for the next few weeks. That is, until the city council, who cancelled a regular meeting for July and then rescheduled for tonight, July 24, 2013. The only items on the agenda are the awarding of a contract for a storm drainage project and a closed item session (which we would bet is the real pressing issue) to discuss negotiations for real property that looks to be on the MCAS. We’ll have to see if they can manage to get the video up after the meeting. They had a bit of trouble (again) for the last meeting and we are not sure if it ever did get posted.

It doesn’t take a video to determine the level of corruption and inept governing by this bunch however. One simply has to look around at the obvious cronyism and corruption that is considered “good government” by our conservative city council.

One item on the last agenda was the acceptance of the contract for the last of the city employee unions, Tustin Municipal Employees Association. As we have told you before, management of the association is actually contracted to the Orange County Employees Association, a public employee union that handles the contract affairs for about 17,000 city, county and special district employees in the county.

Among the provisions of the TMEA contract is one that should send shivers up the spines of any rank-and-file worker. As part of the deal, the TMEA has agreed to pay the full employee cost of pensions. That in itself is long overdue and we agree that it is about time all employees, including management and executives, pay their fair share of pension costs as determined by their respective pension plans (in this case, CalPers).

What is scary is that city negotiators have managed to eke out another provision that will eventually go into effect. This is a requirement by employees to pay a portion of the employer’s cost of pensions. The initial three percent does not sound like much but it opens the door pension critics have long awaited. If three percent today, then how much next year? Fortunately for the city’s employees, they will get a breather next year as their contract is for two years.

What makes this situation worse is the blatant disregard for employees the city council had when they not only gave Chief Scott Jordan a raise last year, ostensibly to keep him here, but also another five percent raise as a going away present on the eve of his departure from the city employment ranks. Then, they turned around and cried pending insolvency if the employees didn’t rolll over on their pension demands. The contract, by the way, was narrowly approved indicating that nearly half the employees were not happy with the provisions.

On July 6 the Orange County Register published a story highlighting excessive pension benefits for public employees, this time focused on executives and managers in the “$100K pension club.”

Ultimately, that story, helps to explain why we continue to be bombarded with stories about this issue, even after Governor Brown has signed into law sweeping pension reforms and after public employees across the state have agreed to significant additional reforms.

What continues to be missed is a consequence of the fact that some politicians understand the public employee pension issue resonates with the public. So, in order to keep the issue in the forefront, those politicians have an interest in creating doomsday scenarios and making the cost of pensions to taxpayers as high as possible.

And I believer that is what is happening at the Orange County Employees Retirement System, or OCERS, which administers pension benefits for the County, the Fire Authority and many cities and special districts [not Tustin, who is administered by CalPers-ed.] in Orange County.

Over the past year the OCERS trustees – some of whom actively bash pensions in public and belong to aggressively anti-public employee organizations – have taken one action after another to artificially drive up the cost of pension benefits.

This isn’t about “facing reality” or “not kicking the can down the road” or “inter-generational equity.” It’s about furthering a radical political agenda. And the sickest part of the scheme?

They are funding it with your taxpayer dollars and it’s you who are paying for it. You should also know some legitimate facts that are repeatedly left out of the news stories and editorials.

First, county employees represented by the Orange County Employees Association pay 100 percent of their pension costs and they pay the entire cost to the county of the 2004 improvement to a 2.7 percent at 55 year old formula.

Second, county employees do not receive Social Security benefits. Third, the average pension for OCEA member retirees is $33,000 per year. That’s a long way from the “$100,000Club” referenced in the Register’s story.

Nick, a good friend of ours, goes on to point out the fact that it is employees, not the politicians, who have been at the forefront of pension reform. Some of those reforms at the county level have included being the first employee organization to require 100 percent contributions for pensions as well as developing (despite what the politicians may say) the first hybrid plan that includes a lesser defined benefit combined with a 401(k) style component to allow for lower cost and better management of employee benefits.

What politicians are now doing, to fortify their “sky is falling” fiction, is to artificially manipulate pension numbers to make it appear as if their is a crisis when their isn’t. For example, OCERS just recently lowered the Assumption Rate, the expected rate of return on investment for the fund, by a quarter percent from 7.5 to 7.25. This, even though the market is recoverning nicely and the fund has been posting record returns for the past several years with no indication it will falter. This not only raises the employee’s pension costs by another 6.5 percent in the next two years, it also costs the taxpayer in the form of employer paid costs mandated by law. So, who is the real loser?

Tustin, as a member of CalPers, has also benefited from record gains made in their pension system. In a recent press release, CalPers stated a return on investment for the past year of 12.5 percent on an Assumption Rate of 7.5 percent. Tustin City Council and their corrupt city manager, Jeff Parker, knew this as they were negotiating the new contract. Lamenting their supposed fiscal woes at the negotiation table, the employees apparently bought it hook, line and sinker.

Like many public employees, city of Tustin workers have mostly gone without raises over the past few years due, mostly, to the economy. I say most of them, because the Tustin City Council and City Manager Jeff Parker have managed to reward executives and senior managers, all unrepresented, with lucrative raises by manipulating the system to their benefit. In the so-called open government of Tustin, managers have been given new titles and old positions eliminated, supposedly with the eye toward saving the city money. In reality, we suspect many of these so-called new titles are simply ways to reward long term senior employees while hiding the truth from a gullible rank-and-file. The only question at this point is whether the Tustin City Council is complicit or being sold a bill of goods by a conniving city management team.