Wake Me When It’s Over 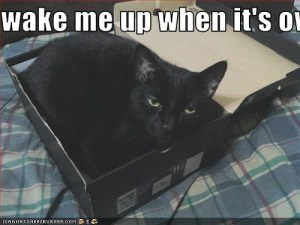 OK, the city definitely fixed the video issue they had a couple of weeks ago that kept the May 7 council meeting from being published on the website for almost two weeks. That, of course, makes me wonder if there really was a problem or were they trying to delay the public finding out about something.

Tuesday’s city council meeting was mostly routine with some of what Mayor Al Murray dubs his “favorite things”. Hewes Middle School and Fire Chief Richter got their 15 minutes of fame and Al got to act the big shot mayor again. One thing for sure, Murray needs to obtain an abridged edition of Roberts Rules of Order and read it. He is clueless in how to call for a vote and had to be corrected several times by both the city attorney and his colleagues. It gets a bit tedious after awhile.

As expected, there was nothing to report from the Closed Session and the council, surprisingly, only asked to pull one item from the Consent Calendar, the minutes from the May 7th meeting. Councilmember Gomez had an issue with something she reported on during her council comments.

On to the Regular Business where there were a slew of Second Readings including the ordinance on the so-called minor text changes in the Tustin City Zoning Code which we reported on earlier. That and the approval of the special tax refunding bonds for Community Facilities District 04-1 were voted and approved unanimously.

When it came to Item 8, a tax levy on certain properties in one area of the Legaqcy properties, Councilman John Nielsen again recused himself from the discussion due, we think, to his purchasing or owning property in the area. So, I guess those rumors of him actually living with his girlfriend in South County are just that.

Mayor Murray, who seems to have trouble understanding Roberts Rules of Order, was all set to breeze through this for his buddy but Councilmember Beckie Gomez asked for discussion on the issue. Her concern, as is ours, is the fact that, not only is this tax being levied on unsuspecting homeowners without their consent, it has no end date. “I am a bit concerned about this special tax, with the intent that it’s indefinite. There is no number of years such as Mello-Roos you pay it out for 20 years or whatever…”

She went on to say that she understood the city does not receive the same property tax as in other parts of the city but, she would like to see a review every 5 years or so. She said that, although this council may not be here anymore, “I think the record should reflect that it isn’t necessarily an indefinite type of tax.”

Surprisingly, City Manager Jeff Parker agreed with her. In making a brief explanation of the reason for the tax, he said the city council had the authority to demand that and even sounded as if he approved of the “5 years or so” Gomez suggested. Unfortunately, Mayor Murray, who seems to think future staff and councils will remember this forgettable moment just because they discussed it, asked that it be put into the record rather than made a part of the ordinance as it should have been. Even worse, Gomez approved of that move rather than take the time to do it right. So, I guess we’ll see in five years whether that review actually takes place. The roll call vote was unanimous with Nielsen recusing himself. Good luck you suckers in the Legacy that were sold a bill of goods.

Items 10 & 11, regarding the land swap with the community college district and construction of a new street also brought some discussion over the amount of traffic that would be generated by the new street. Community Development Director Elizabeth Binsack advised the council on a last minute letter received the day of the meeting. That letter was not in the staff report but Elizabeth was kind enough to send us a copy. The letter, from the city of Irvine, basically lamented their concerns over traffic and asked the city to include a larger area for traffic study. Binsack explained the issues had been answered, at least to Tustin’s satisfaction and said nothing further would be done at this time (how many ways can we say it, Irvine?). These items passed unanimously after discussion.

Without further ado, the item concerning the stipends for commissioners and their removal upon attainng a city elected office was read and passed with Councilmember Gomez dissenting. As we said before, apparently the Fab Four didn’t want the same thing to happen to the commissioners, who actually spend a good deal of time on city business, as happened to the city council in regard to stipends. Gomez rightfully questioned this but was met with the wall of silence in her protest.

The final item of the night was the Legislative Report and it was, again, councilmember Gomez who showed she was the only one with an independent mind on the dais. While the Fab Four were willing to be led blindly by their collective noses, Gomez asked for time to study the bills they were supporting and opposing. Lawyer Kendig, who is always in a hurry to align himself with staff, indicated there was an urgency factor in responding to the letters.

Now, most of my loyal readers know that Councilman John Nielsen is a lifelong Boy Scout and will fall all over himself to praise, publicize and applaud the BSA to the point where one might wonder 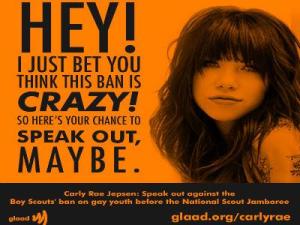 who he actually works for. All I can figure is it must be like the Skull and Bones Society – one has to be in on the secret to know why all the members have that stupid smirk on their face.

Anyway, the motion on the Boy Scouts passed 4-1. Both of the other letters passed unanimously.

Not much in the way of councilmember comments although the Podiatrist Councilman must not have gotten much sleep (and his exciting dissertation on his political life and tie wardrobe was putting us to sleep). For those that don’t know, Channel 7 came to the Creme Pan Bakery in Old Town where Mayor Murray and Councilmember Gomez helped represent the city along with a slew of kids from our high schools. Although my daughter wasn’t there, the Foothill High School Madrigals sang a song or two and made us proud.

We have a couple of weeks before the next exciting installment of the Tustin City Council. In the meantime, join us for the Annual Tustin Chili Cookoff on June 2. The first chili tasting is on me. Also, please join in one of the many upcoming memorial services in the county on Memorial Day. You will find me at the Westminster Memorial Park where various veteran and community organizations, including the last of the Pearl Harbor Survivors Association will lay wreathes at their military memorial.