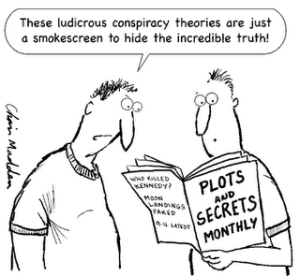 The Planning Commission will have a busy evening starting with a workshop on second residential units. The workshop is to discuss proposed changes to city ordinances pertaining to second residential units and accessory guest rooms. Staff believe there is a call for second residential units in the Old Town area in particular. That is a view that is not shared by all of my neighbors and readers. One person complained the city should be more worried about filling vacant commercial space rather than increase the population density in Old Town.

To a certain  degree, we agree with that. However, we are strong proponents of allowing folks to do as they please with their property as long as it conforms to the law and does not interfere with another person’s enjoyment of their own property (sorry, Wilcox boys).

In any case, the city will propose some conceptual amendments to the ordinances that would do away with accessory guest rooms but then allow second units on any residential lot, regardless of size. This, of course, would do away with deed restrictions and, possibly, the current requirement for a Conditional Use Permit. Sounds pretty good, huh?

Well, never let it be said the city would let a buck get away if it can capture it in fees or taxes. Also in the conceptual amendments is allowance for the charging of “impact fees” presumably for the added impact to parks, schools and other assorted needs provided by the city and others.

The February workshop had 40 people in attendance who voice their opinion on the various proposals and added some helpful comments (we like the idea of carports rather than garage parking for some cases). Concern was also voiced for the number of units allowed on one property and whether permit parking should be implemented. We particularly liked the opinion that small guest houses are compatible with Old Town. We agree, they add a bit of charm to the neighborhood. Our only concern with guest houses has been the requirement, which we question the legality of, for deed restrictions. Alas, until an owner is willing to challenge the requirement (or this conceptual amendment goes through) owners will continue to suffer the effects of the restrictions on their property values.

Hopefully, concerned citizens will show up again and voice their opinion on another one of Binsack’s follies. The workshop begins at 6:00 pm, an hour before the regular Planning Commission meeting. If you want to see the proposals, you can find them here.

Ooops. I take that back. The regular meeting of the Planning Commission only has one item on it. A Public Hearing on Code Amendment 13-001. As we stated in a prior article, the proposal has more than just minor text amendments and the city intends to incorporate the current practice of requiring deed restrictions into the ordinance.  As the current Planning Commission appears to be fully populated by “yes men” who are not willing to confront Binsack and her wrecking crew on issues important to the residents of the city, don’t expect anything other than the big rubber stamp to come out.