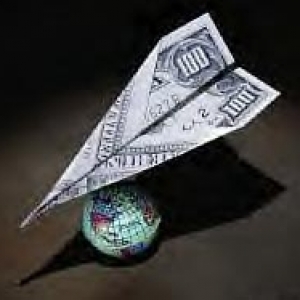 My apologies for not staying up to date for the past week. I am still recovering from inuries sustained in a traffic accident. The plastic surgeon did a great job (I look just like Sean Connery) and I have the firefighters at Station 21 as well as the accident investigators and motor officers of Tustin PD to thank for their timely response. As I am on the mend, I’ll get back into the swing of things.

The Tustin City Council faces their longest and probably busiest agenda of the year so far. Let’s just hope the Podiatrist Councilman can keep up without an iPad.

Rather than the usual closed session preceding the regular meeting, the council will hold a special meeting at 4:30 pm to interview candidates for three open seats on the Planning Commission. Election and appointments will also be conducted.

I just spoke with the city clerks office who informed me that 18 candidates have filed for the three open seats. All the commissioners whose seats are up have filed for reappointment. In order to allow enough time for interviews, the city pushed back the interviews for the other commissions to late in March. Let’s hope 2 hours is enough time.

Although the incumbents are heavily favored in this match, the city council could decide to bring in fresh faces that are not aligned with the old guard. It is the current commission sans Chuck Puckett which, amidst local opposition, approved a heavily modified CUP for the Wilcox Manor. That modified CUP was appealed directly to the city council where a number of councilmen have admitted conflict of interest. This lack of the planning commission to handle their own issues is, to our mind, an excellent reason to choose new blood.

The Regular Meeting of the Tustin City Council will commence at 7:00 pm beginning with presentations and pubic hearings.

The Public Hearing concerns the annual evaluation and acceptance of the Action Plan for the Community Development Block Grant prepared by staff. At stake is $590,000 in funding. No action is expected on the item other than to hear testimony from interested parties.

A major issue sure to come up is the us of the Tustin Community Foundation as the manager of the CDBG funds. Erin Nielsen, director of the Tustin Community Foundation, is the wife of Councilmember John Nielsen. Nielsen earlier this year recused himself from discussion on the Wilcox Manor CUP referencing his relationship to TCF and their fundraising activities at the Wilcox. Erin Nielsen, for her part, receives about $32,000 a year according to court documents. When we reported on this conflict last year, there were conflicting statements made by the city and the TCF concerning their exact role in the management of these funds. When we accused the parties of collusion, TCF issued a curt statement in their newsletter saying they do not “manage” the funds. That was sort of backed up by Community Development Director, Elizabeth Binsack, who said the purpose of having two hearings was to give those who did not qualify the first time around, another chance for a slice of the pie. As we stated then, however, we found it hard to believe the TCF wasn’t in fact, the manager of the funds.

Add to this a whole slew of conflicts of interest. While the relationship of the Nielsen’s is enough, Mayor pro tem, Chuck Puckett, is a past president of the TCF Board. And, Planning Commissioner Steve Kozak, who has applied for re-appointment to the commission, is a current member of the board. Who else? How about Linburgh McPherson, co-owner of the Wilcox who is currently listed as their Vice-president, Resource Development, a catchy title for the chief fundraiser.

In any case, if the city council really wants to show they no longer favor the TCF arrangement (and, why should they since our two protagonists are reportedly divorcing) they could return to the previous process of having a Citizens Participation Committee to handle administration of the funds. The council may well take a different direction considering the staff report makes no mention of TCF.

Although councilmembers may wish to pull items from the Consent Calendar, most items appear to be routine or, at the least, have funding attached. The synchronization of signals on First Street/Bolsa Avenue is a multi-jurisdictional project requiring funding from all participants. Tustin’s part is $42,000 and, if it helps traffic flow, is well worth it.

Perhaps Mayor Al Murray will pull Item 9, an agreement to transfer ownership of Ari, one of Tustin’s police canines if only to give him proper recognition for his retirement. He has served the TPD for over 6 years and I am sure his service will be missed. His current handler, Officer Eric Kent, will take possession and provide him a great home with, what we hear, a couple of other family dogs. Good luck in retirement, Ari. TPD’s newest canine, Elko, will have big shoes….uh, paws to fill.

We are not sure if the Community Development Department is trying to pull (another) fast one with Item 10. They bring up some “minor” changes to the guidelines for hearing officers for administrative citations. We approach this with natural suspicion since things have gone mostly south for Binsack and her crew after the Fairbanks prevailed in their property rights case. And, it is always suspicious when staff are unwilling to show you the draft. So, why even bring the issue up? There is little doubt the city wishes to stack the deck in their favor for future administrative hearings. Keep your eyes peeled for this one.

Item 11, on the Regular Business Agenda, a request for travel by the Podiatrist Councilman, bears discussion. The Association of California Cities-Orange County, a renegade association created by local entities for what they saw as a lack of interest in Orange County’s problems by a larger state organization, is sending a joint delegation with the Orange County Business Council (who donated to Bernstein and his two councilmen buddies) on a political junket to Sacramento. We would have an issue with this type of travel anytime the city is facing budget shortfalls as it currently is. But, as luck would have it, Mayor Al Murray is also attending on OCTA’s dime, making this an absolutely unnecessary for crony Bernstein on the Tustin taxpayer dollar. Why do we need two delegates attending this junket? Or, as it is a joint endeavor by ACCOC and OCBC, why isn’t OCBC, who will surely benefit the most from the meeting, footing the bill? All of this when the city council delves into reserves to balance the budget. We got rid of city council pay but other perks still remain. I bet you they won’t be staying at the Best Western or eating at McDonalds.

Item 12 should be of particular interest to folks living or thinking of living in the Legacy. This item, without apparent need of approval from residents, creates another Community Facilities District to levy more taxes on homeowners who choose to buy in the area. Mello-Roos has been the favored method of obtaining funding for infrastructure for the MCAS property and has been the subject of much argument as to whether folks are getting their money’s worth for taxes paid.

As we said before the Closed session, with the usual suspects, will come after the Regular Session to facilitate the Planning Commission interviews. The main item of interest is the commencement of labor negotiations for all line staff and public safety employee unions.

Approve Plans and Specifications re: Roadway and Sidewalk Repair – The annual plan for the repair of roads and sidewalks within city limits. Authorizes City Clerk to advertise for bids.

Agreement to Transfer Ownership of Police Canine Ari – Caretaker Officer to pay the city $1 for transfer.

Conference with Legal Counsel – two each, initiation and exposure to litigation.