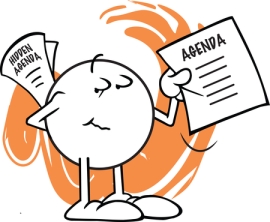 The proposed Strategic Plan and a Public Hearing on the proposed issuance of bonds highlight the Tustin City Council agenda this Tuesday.

A public hearing to consider the issuance of bonds for the development of multifamily housing known as the Anton Legacy Apartment Project, will be held at the beginning of the meeting. The hearing is proforma, required by the state before bonds can be issued. As these are “private activity bonds”, there is no fiscal impact. The city council must vote on the matter but does not have to consider or respond to public comment. There are other steps the developer must take before actual construction begins, including filing Affordable Housing Covenants that will dictate the terms of the property.

We have written several times over the past year about the Strategic Plan. It has been on multiple agendas since the beginning of the year. Over the summer, a firm called Management Partners took a look at operations and other issues in Tustin with an eye toward developing a 5 year plan to keep the city on track. As it turns out, they were pretty critical of the city council citing the extreme divisiveness and lack of civility of the council toward the public and each other. They also criticized the lack of succession planning that, after the latest round of golden parachutes, could have left the city with a severe brain drain.

City Manager, Jeff Parker, has suggested either approving the strategic plan as presented October 16th, or postponing it until after the new councilmembers are sworn in. As the new city council will have to live with this document, we suggest they postpone it. It will also give them an opportunity to take a look at the critical components of the plan and decide whether they can/will actually implement them or not. I would bet there will be substantial changes as the supermajority of the council will be unable to actually live within the confines of the plan as written. It’s called denial.

Another item of interest to Old Town residents and the accompanying businesses, is the adoption of the amended First Street Specific Plan which mandates property use along the First Street Corridor. The is an update of the original plan, initiated in 1985. Since then, expansion toward the East and the MCAS base reuse has changed the pressing need to promote business along First Street. The new proposal eliminates requirements that have made it difficult to maintain the historic residences along the corridor. It also eliminates the restrictions on condos and apartment complexes that inhibited property values and injured property owners while still restricting the types of businesses to mostly office and retail. Community Development Director, Elizabeth Binsack, and her hearty crew at city hall did a good job on the update. Now, if we could just get them to see the light in regard to Old Town itself.

Continuation of Strategic Plan – City Council to either approve or postpone approval until the new year, for the proposed Strategic Plan authored by Mangement Partners.

Second Reading and Adoption – Ordinances to approve development agreements for MCAS properties by Irvine Company and St. Anton Partners for development of apartments (some affordable housing) on MCAS property near The District Shopping Center.

That’s it. We don’t really expect the fireworks to go off until after the first of the year. Have a Happy and safe Thanksgiving from all of us at Our Town Tustin.