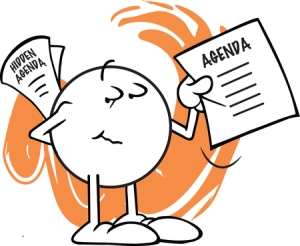 Not much going on this week at the Tustin City Council meeting unless you are Chuck Puckett or the City Council crowing about the award from the Government Finance Officers Association. the award is the “Achievement for Excellence in Financial Reporting” award. Let’s put this in perspective. The total number of “winners” in the municipality section for the state of California were 243. There is no apparent ranking and the award appears to be based on the submitted report. There are over three thousand “winners” across the U.S. so, this is not really all that special unless you are trying hard to make the good citizens of your city believe the city council is fiscally responsible. I think the better number to digest is $4 million which is the number of dollars I hear the city is short this year.

Conference with legal council re: Two cases each of initiation and exposure to litigation.

Conference with legal council re: Three cases of existing litigation. Two of these have been initiated by the city. The third is SEMA Construction v. Tustin for a breach of contract. This is a long term contract dispute that has been going on for over three years. The case has not been sitting idle as both sides seem to be actively pursuing their claims. The other two appear to be headed toward conclusion with stipulations and orders filed for both. I am too cheap to pay for information so we’ll have to wait for the city lawyer to let us know what is happening.

There remains several cases between the city and the school district. The main suit is now scheduled for trial in January of next year. Hopefully, the discussions the city is having will result in some kind of reasonable settlement offer that would bring this saga to a close before the city goes bankrupt.

Item 7, Second Reading and Addition of Ordinance Amending the Tustin City Code to Make the Position of City Clerk an Appointed Position. This ordinance actually designates the City Manager as the appointing authority for the City Clerk. The actual damage was done when the residents were duped into changing the City Clerk from an elected office to an appointed office.

That’s it. As we say, keep your motor running as the longest part of this meeting, I suspect, will be the presentations. the city council love to hear themselves crow about their achievements.