← The City Was Right
Happy Birthday, United States of America! → 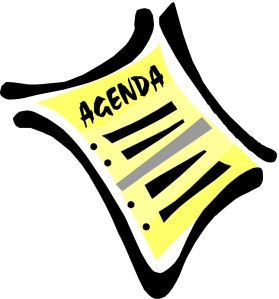 Quite a few important items on the Tustin City Council agenda this week. Negotiations with all major bargaining units and executive managers and the MOUs are on-line.

Looking over the contracts, it appears that compensation will remain the same. Last year, negotiations resulted in a new tier of retirement for most employees to rein in future liability to the city. This year, the focus was on capping accrued leave costs. My sources told me that they were also going after compensation but that appears to have been unsuccessful. The cost savings are minimal at best and may not even be realized. Hopefully, the city will not require further layoffs should the budget projections not be met.

The other noteworthy item is Jerry’s Folly, otherwise known as The City Council Attendance Policy. Not being embarassed enough by Pam Keller, when she reminded Jerry of their conversation about Deborah Gavello, Hizzoner has decided to go forward with this ridiculous policy. Because the law is clear on local elected officials conduct, this new policy will have no actual effect and amounts to a feel good policy for a schoolyard bully. A reprimand will not keep a councilmember from doing or not doing what they want. What it does do is create an atmosphere of oppression where the Gang of Three can call out the minority at will and allow their own to do what they please.

Jerry, by the way, does not seem to think it a problem when a Republican like the late political kingpin,Tom Fuentes, was absent from his chair on the

South Orange County Community College Board. Fuentes, who recently succumbed to cancer, was absent for over a year from that board and took his $400 stipend and healthcare benefits each and every month. Jerry, who was previously quoted at a city council meeting:

“If the councilwoman’s complaint is that I call out her absences because she has not served the public, if she’s concerned because I point out that she’s missed 16 meetings so far, 8 months worth of work, all the time taking her stipend and benefits…” Amante said. “… and those are in her mind acts of bullying, well that’s just me following my obligation to make commentary about the quality of service by any public servant.”

So, that is any public servant? Well, we will see. Hopefully, someone will ask to have this pulled for discussion. If John and Al vote for this morbid piece of ego, just to pander to a lame duck councilmember, they should be ashamed.

Also in question is whether the City Attorney, David Kendig, will come clean about the lawsuits between the city and TUSD that appear to be the source of endless discussion in closed session, with no comment whatsoever. Several members of the public, including a member of the TUSD itself have Tweeted, texted and emailed me about the city’s loss of the Heritage School lawsuit. The lawsuit, filed by Tustin for CEQA violations, was moved to Riverside because the city did not think they could get a fair shake. They sent in some big guns from an outside legal firm and, I guess, crossed their fingers really hard.

None of that seems to have worked as I have received notifications (which we are trying to verify) that the judge ruled against the city, saying they had no business telling the school district how to run their schools. As you know, the city has spent over $800,000 on two lawsuits and has, so far, nothing to show for it. We hope TUSD is amending their response to ask for legal fees if they haven’t already done so. At least that way we know the money will go toward educating out kids rather than buying shiny toys for the Tustin City Council.

Finally, could we get our problems with the video resolved? Please?

Item 7 – Appropriation Limit for Fiscal Year 2012/2013 – Calculations show the limits to be set abnormally low. The resolution repairs that item.

That’s it for this session. We will be on the road later this week. Hopefully, the city’s website of transparency won’t be hacked or go down. If you have anything noteworthy, send it along. We’ll be happy to post it.