Where Are They Now? Former Tustin City Manager David Biggs 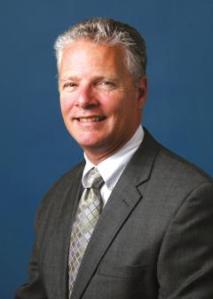 A hat tip to our friends at The Liberal OC for finding this little tidbit of information.

It seems David Biggs, who had a stint as our former short-lived city manager, has resurfaced in Los Angeles County as the city manager for the industrial city of Carson.

If you remember, Biggs was hired after city manager Bill Huston retired. Huston, a mainstay in Tustin for nearly 30 years, was subsequently hired back on a contract basis after the Tustin City Council suddenly and without comment, fired Biggs. Biggs received a fat golden parachute, at city expense, and took a 3 month vacation before resurfacing in Carson. From the Lib:

Under one of those “whatever happened to…..” ideas, we decided it was time to look up former Tustin City Manager David Biggs who was dumped by the Republican council majority last Spring and given a taxpyaer funded $175,000 severance package — that was about nine months of unpaid salary.  Part of the severance package included a mutual “let’s not say bad things about one another” between Biggs and the Tustin City Council.

We’re happy to report, several months too late I’m afraid, that David Biggs landed on his feet at the city manager for the City of Carson; he started late September 2011 and, imagine this, is going a fantastic job in that city and for its city council and taxpayers.  Our sources in Carson say he’s incredibly professional, on top of every detail and city leaders in Carson are pleased with their good fortune.  In other words, thanks suckers (and suckers mean those members of the Tustin city council who voted to oust someone who is competent and professional).

So Biggs had a nice Spring and Summer vacation at the expense of Tustin Taxpayers, and found a great position with a city that values his services and his stewardship of city management.

Suffice to say, dumping a senior executive who left a good job for the one in Tustin after a three month stint, Biggs’ “separation” from Tustin smacked of politics from the Amante-led council majority.  Giving away six figures worth of city taxpayer money and hiring the old city manager back in an expensive interim position seems an awful waste of taxpayer dollars by a city council majority that bills
themselves as “fiscally conservative.”  And that’s because it was.

So, this begs the question, how long had Biggs been City Manager before he saw the writing on the wall? If you do the math, it was not long after Biggs was fired by Tustin that he was hired by Carson. Of course, his vacation was funded by Tustin taxpayers in another fiscally responsible move made by our mayor and council majority. One has to wonder, though, did Biggs see the writing on the wall early and decide to hedge his bet by applying to other cities? It sure looks that way. In any case, he took a nice taxpayer paid vacation and landed on his feet in a town closer to home. Oh, and we got stuck with Huston who managed to suck a few hundred thousand dollars of taxpayer money as an extra-help retiree before the Gang of Three had the good sense to hire Jeff Parker. Thanks, Jerry.

We join The Liberal OC in belatedly congratulating David Biggs for his plumb appointment with a city that, obviously, appreciates his talents. Let’s hope Jeff Parker has enough sense to continue to be a yes-man to Amante at least until Hizzoner leaves the dais.