← On memorial Day
It’s Been a Slow Week →

A Little Clarification if You Will 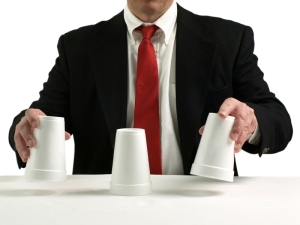 If you have been reading Our Town Tustin over the past few months, you know that we have been highly critical of the involvement of the Tustin Community Foundation in the administration of the Community Development Block Grants. Since 2007, the TCF has been designated the “Citizen Participation Committee” for this program. That means, they are pretty much allowed to recommend what community programs will be allocated funding for each period of the block grant.

Our issue, of course, has been that Erin Nielsen, wife of Tustin Mayor John Nielsen, is the Executive Director of the Tustin Community Foundation, a paid position from what we understand. That raised alarms with us and, judging by the amount of email we have received over the last few months on the issue, many in the community. It also caused the TCF to issue a curt notice in their latest newsletter that the TCF does not “manage” CDBG funds. While technically, that may be true, in practice it is hard to believe the majority of input is not made by TCF as the “Citizens Participation Committee.”

In an email/voicemail discussion with Tustin Community Development Director, Elizabeth Binsack, she explained that the TCF is charged with holding one of two public hearings and then, based on those hearings, they make a recommendation to the City Council on how those funds should be managed. To be fair, the City Council is not required to abide by the recommendations of the TCF. In fact, the City Council, according to Binsack, holds the second of the two public hearings themselves. So, anyone not getting the recommendation from the TCF has another chance at  a slice of the pie with the city council, right? Except, there is this relationship between the Executive Director of the TCF and the Tustin Mayor which, we find it hard to believe would not have some influence on the decision making process. And, while Binsack did say the city council has occasionally gone against the recommendations made by the TCF, she did not offer any examples where that has happened.

Prior to April, 2007, CDBG fund allocations were recommended by a  Citizens Participation Committee consisting of various leaders of other city committees, commissions and two at-large members. This was amended by the city council to designate the TCF as the CPP for all public service projects. And, while John Nielsen had not been elected to the council at that time, he was a planning commissioner for the city and had certainly made his intentions to run for city council known by then. Oh yeah, and the planning commission had a representative on the CPP when John was a commissioner.

So, does the Tustin Community Foundation “manage” Community Development Block Grant funding? The short answer is, no. They do not actually have hands on management of the funds. However, their role in the decision-making process is much more integral. They hold so-called public hearings and take input from community representatives. They then make recommendations that, by the city’s own admission, are almost always followed. This takes us back to ethics and conflict-of-interest issues.

What is a problem is the fact that Mayor John Nielsen’s spouse, Erin Nielsen, is the Executive Director of the TCF. I checked with my political rabbi concerning any conflicts of interest regarding this issue. What he told me was, while their may be no specific conflict of interest that rises to the level of a violation, there is certainly the perception of one anytime there is a direct relationship between entities such as this.

And, if the perception issue is not bad enough, it is about to get worse. Guess who’s coming to dinner?

Both former Tustin Mayor Chuck Puckett and Alan Bernstein have declared their intention to run for Tustin City Council. Chuck Puckett, has ethical baggage of his own that involves negligee shows and city credit cards (at least he shopped locally)  during his last tenure on the city council and was, until recently, listed as President of the TCF Board of Directors. We notice he no longer has a position on that board. Somebody must have mentioned the baggage that would carry.

Bernstein, on the other hand, is a friend of former Mayor, Jerry Amante and actually lives in his neighborhood. He also recently received an exemption for his daycare business to allow more children at the home. It is safe to assume that Amante has the ear of Bernstein and is probably well established in the shadow government of Tustin.

But, the real issue remains. How long will John Nielsen be allowed by the community to exercise decision making over CDBG funding with his wife, Erin, at the helm of the organization that has the most influence? It would be a simple matter for the good mayor to recuse himself from all votes regarding this portion of the CDBG funds, thereby giving him clean hands on the issue. The question is, will he work for the betterment of Tustin through ethical decisions or will he continue to exercise control over the issue, ehtics be damned?

We would like to know what you think on this issue.  Your comments are welcome and can be made anonymously under any name. Your email is not published and, to the extent the law allows, this blog will never divulge your name or other identifying information without your permission. First time commenters are moderated only to limit spam and OTT has no control over that matter (it’s a software thing). We will not edit comments and will publish them as written (spelling counts here). So, comment away.