← It’s Not Always about Politics
On the Planning Commission Agenda, March 13, 2012 →

And the Race Is On

We got word yesterday that Chuck Puckett and Allan Bernstein have filed statements of intent to run for Tustin City Council.We also know that David Waldram will probably run as he has filed campaign statements for a 2012 run for City Council.

We don’t know much about Bernstein, yet, but hear he lives in Jerry’s neighborhood. He has also been associated with Amante in fundraising efforts. If it is who we are thinking about, he is the principle in a company called Ethnicitee Apparel Co. His wife also runs a daycare that recently requested an exemption for the number of children housed there. 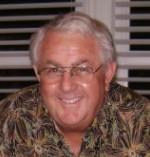 Chuck Puckett is a city council retread and former mayor of our town. He chairs the board of the Tustin Community Foundation (who’s executive director is Mayor John Nielsen’s wife) and the City Planning Commission, although he will eventually have to step down from that post to run for city council.

Chuck was mayor in 1991 and later was allegedly ousted by Tracey Worley over a scandal involving lunch at a lingerie show charged to a city credit card. Sounds pretty racy to us. We will have to see if the voters have a long memory or are willing to forgive and forget.

With more than one seat open on the council, I expect to see a pretty good cross-section of Tustinites running this year along with plenty of fireworks to keep us entertained. We will keep you posted as the filings come in. Actual nomination papers will be filed July 16 to August 10, 2012.

← It’s Not Always about Politics
On the Planning Commission Agenda, March 13, 2012 →